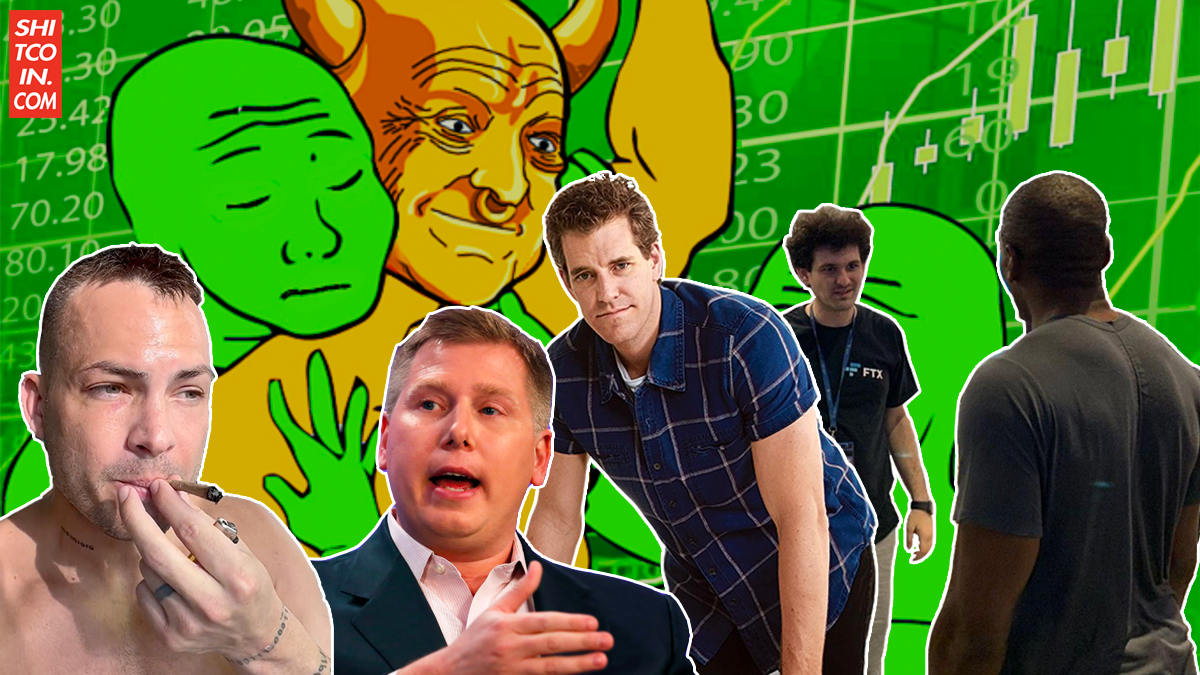 Is the bull market in the room right now? A few of you think it is. In this week’s newsletter, we have plenty of optimism and yet, plenty of market participant purging. We kick things off with some positive outlooks. Bitlord has a message for you. It’s time to go ape some shitcoins.

As we all get swept up the bullish pumps, it’s important to be prepared. Are you ready if this happens?

While the speculators were in jubilation at a +10% weekly candle, the Gemini vs DCG war continued. Cameron put out another one of his tweet letters. This time calling for Barry's resignation.

Word on the street is they are offloading some assets to get out of the tight spot they’ve found themselves in.

The Winklevi offensive was dealt a major blow as the SEC waded in. Both Genesis and Gemini were charged with the unregistered offer and sale of securities. Ouch!

Tyler, as you can imagine, was not happy.

If you have missed any of the previous newsletters as we followed Gemini vs DCG, here’s a good breakdown.

We have been hearing stories of a Binance bailout of Voyager for quite some time and now we seem pretty close. CZ is taking over from SBF as the saviour of crypto.

Speaking of saviours, Justin Sun was busy propping up Huobi last week. He injected $100M and thus, HT was saved. We liked to think the image below is how little Justin thinks of transferring $100M. Unphased. Unbothered.

Are you ready to gain, anon?

Despite some positive news, the layoffs continue. Crypto.com are cutting down their expenditure.

The FTX story is still playing out. Arthur Hayes dropped the last of his "White Boy” series. It’s a delight.

Here is one of our favourite segments:

We didn’t expect an SBF response but here it is!

He did not enlighten Arthur. At least not publicly anyway.

In a funny twist, Sam was allowing Substack followers to fund his legal case.

Alameda will go down in crypto folklore. This looks pretty spot on.

As the digging into FTX goes deeper, we learn about all of the extravagant purchases. If you don’t have Amazon coverage in your area, just make it yourself with private jets!

When they were spending that much on PJs, you know they were splashing out on everything else too. While The Bahamas is known for luxury, we imagine some of FTX’s biggest local service providers might miss them now they’ve gone.

We are yet to learn of Tabasco's fate, but his previous podcast appearances probably aren’t going to do him many favours.

No need to keep an eye on the cents when the billions are flowing in!

It’s not looking good for Tom and Gisele either. But with alleged net worths of $330M and $400M respectively, they’ll be fine.

As always though, there are winners. Liquidating ain’t pretty, but it pays.

You don’t even have to be that good at it!

If SBF gets out of this unscathed most of the industry will be in disbelief. He’s positioning himself as best he can for a positive outcome.

And we are all dying to know, who guaranteed the $250M bond?

Speaking of getting charged for fraud…

We swiftly transition to Craig Wright. Supposedly he has Aspergers which makes it difficult for him to lie.

As we do some further character analysis, are you a 1929ooor?

We round this one off with an important message. These “influencers” have left the building.