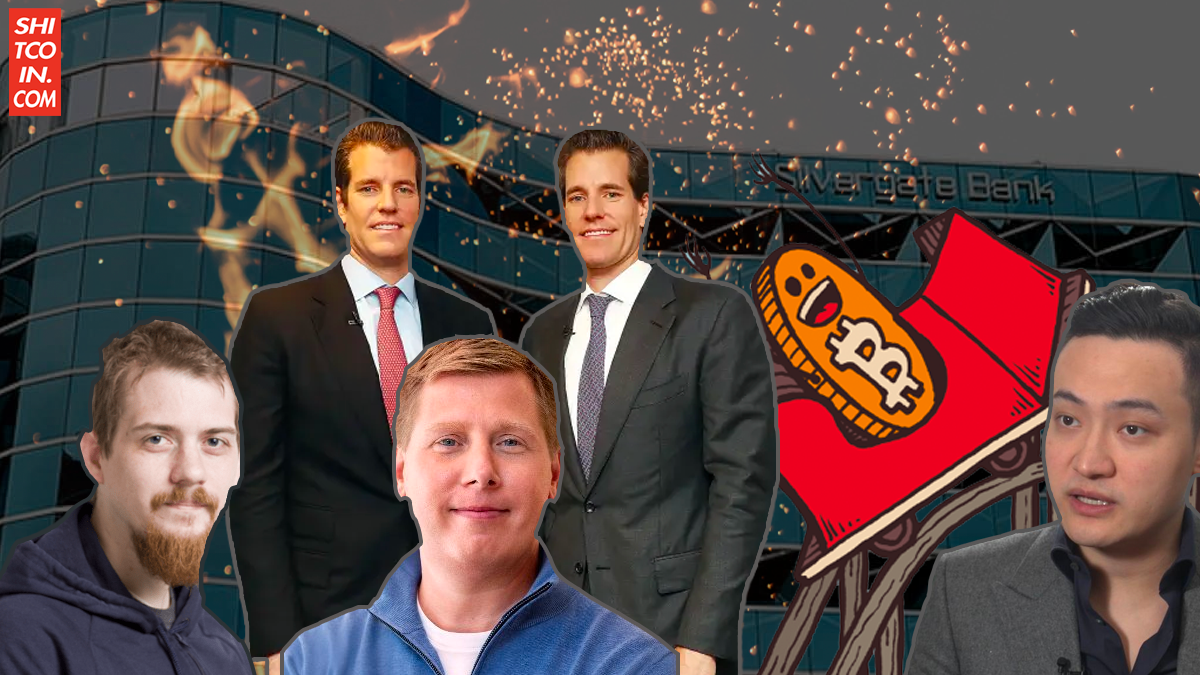 Welcome to a new year! As shown in our “Year in Review”, 2022 was filled to the brim with shenanigans. You didn’t think that 2023 was going to be any different, did you?

The first week of the year delivered on the controversy, which we’ll get to in a minute, but first a quick reminder that bull markets are a state of mind.

To the action. Are you hearing rumours?

We have heard over the past few weeks that DCG is in a pickle. Genesis, their institutional lending arm halted withdrawals a while back and many businesses who relied on them are sweating. Things have gotten so bad that Gemini co-founder, Cameron, wrote an open letter to Barry Silbert asking for the release of $900M.

Barry responded. We recommend checking out the thread for the subsequent back-and-forth. It’s a delight.

For those looking for a deep-dive, here’s a great breakdown of the situation.

Coinbase should count themselves lucky they had Uncle Gary protecting them from all of this!

Zhu has been busy with the conspiracy theories as of late. Here’s what he makes of the shitshow.

He has his own problems though, 3AC are getting subpoenas via tweets. The power of technology!

In other notable news this week, Bitcoin Core dev Luke Dashjr was hacked. Initially, he wasn’t sure how bad it was.

But it was bad.

With a large portion (or all) of Luke’s net worth public, some began questioning his donation requests in the past.

Silvergate were also having a rough week. The crypto-friendly bank has deep roots in the industry. To cover exchange withdrawals they sold assets at a loss.

They also axed 40% of their staff. What is even more shocking is that a bank that assists so much of the industry only has 420+ employees. Does this mean we are still early?

FTX/Alameda news gradually becomes less shocking and thus, it slips down the newsletter pecking order. Do you remember when Caroline told us all they didn’t use stop losses? It’s all making sense now.

Speaking of significant funds going missing, money from SBF-tagged wallets is on the move!

The shenanigans have always been on the blockchain for all to see.

And now in the court room too!

While you are only set to face “economic loss”, Sam is going to face “irreparable harm” if he doesn’t get access to funds. Here is his latest argument in court regarding his Robinhood shares.

To say he's facing irreparable harm, Sam is looking fairly jolly. Where did he get the money for those shoes?

Speaking of court rooms, Storj users will no longer be getting a heads up that the governments are taking a look at their activity. RIP Storj.

It’s been a rough time. We are happy to report that NEAR bag holders are getting the help they need.

Even though they supposedly can’t talk to eachother, there are still employees out there. Here’s a breakdown of everything that is going wrong.

Is Justin now posting with damage control in mind?

Over at Bithumb things aren’t looking great either. One executive linked in the exchange committed suicide, supposedly after being involved in some shady goings on.

Let’s not end this one on a bad note. A reminder that it’s a new year and while expectations are low, we could get some surprises. Here’s a shopping list for you.