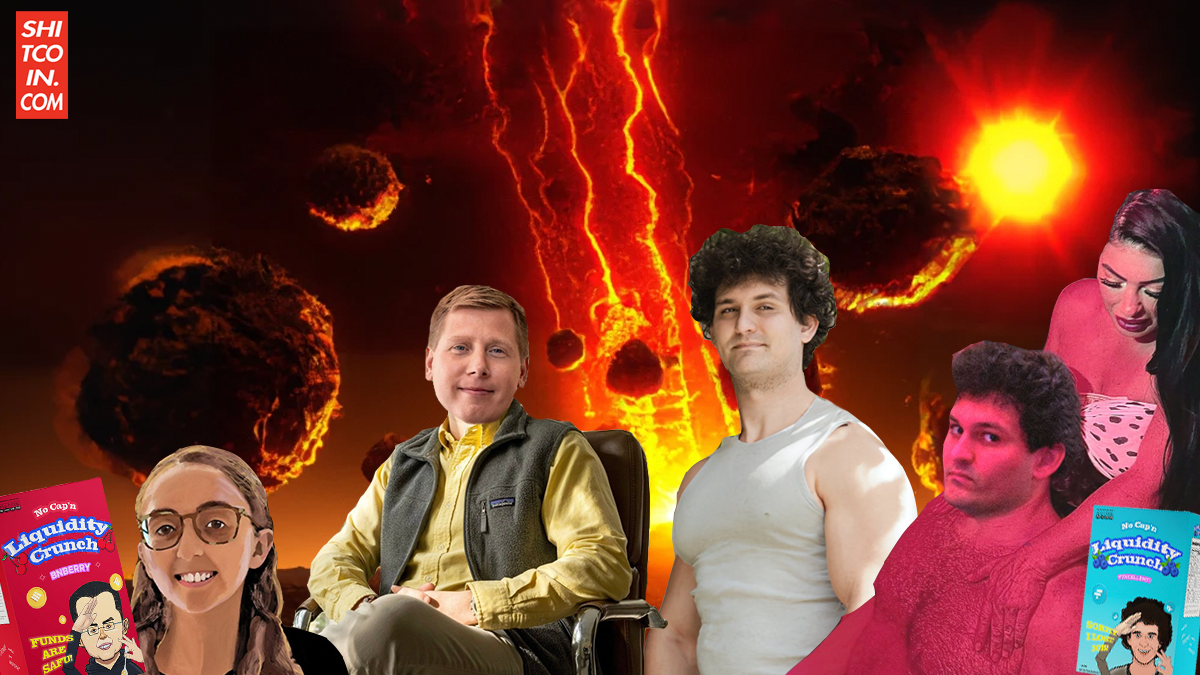 Newsletter #217 - We Are Going To Need Foot Massages

We have been so deep in the FTX saga that we haven’t been bringing you the usual “CT calling the bottom” posts. For that, we are sorry. Before we jump into the action this week, it’s only right we share the shitposting you all deserve.

These random pumps out of thin air send degens into hysteria. Unfortunately, we have a long way to go.

To FTX now. Does this make you bullish on Web3?

For those of you who are feeling a little lost about how we got here. Check out this excellent timeline of the FTX meltdown. It took less than 10 days. Welp.

We don’t know what world SBF is living in, but he still thinks he’s allowed to be a guest at events. We can’t wait for this one.

It’s a real treat of an event.

Elon with the callout.

The mainstream media are still doing their best to paint Sam in the best light possible. He planned to “save the world” but instead he set crypto back a few months/years, wiping out plenty of regular people and businesses in the process. Supposedly that’s not important though.

Here’s a good spot from Amjad. How old is that photo of Sam?

So we did some hypothesising about how you get these media foot massages. You just buy the media. Elon should buy more media.

The industry’s respect for WSJ is at an all-time low. To further rub salt in the wound, here’s some shoddy journalist about how one preppy-looking guy lost $800.

It’s important to note that his outfit is likely worth more than $800. Steal his look!

While this next article from Forbes doesn’t quite offer foot massages, it fails to take into account that Caroline was in charge of a business that lost $10B+. Awkward.

While The Wall Street Journal and Forbes write poorly constructed pieces, at least some other outlets are calling bullshit.

But now he’s a squatter and can’t be removed!

It’s a good time to rebuild for Sam. His comeback story involves setting up a course so you too can learn how to destroy an industry and… PROFIT!

While Sam looks like he might somehow get away with it, two guys in Estonia are not going to be so lucky. Isn’t it weird when a $575M scam seems like a drop in the ocean?

On the topic of jail, Kyle is doing a good job of not ending up there himself. This next post from him is quite ironic…

Sam did put out a message to his team. He wishes he had “been more careful”.

He did support single moms though…

While Sam no longer works at FTX, 260 people still do. Their job? Locate assets and try to make this thing look somewhat coherent.

When you hire a CRO it’s good to get one onboard with a deep understanding of pulling some shady shit.

Ryan Salame has come out of this with fairly little coverage so far. Here’s a report from the Berkshires in Massachusetts that doesn’t paint a pretty picture.

The institutional side of crypto is in disarray. But B2C2 are supposedly holding up well. Max, the founder of the liquidity provider, thinks that SBF might just get away with this.

Here’s his theory on Alameda. More on his Genesis theory a little later on.

The casualties keep flowing in. We can never post this one enough.

Genesis are making us think one of the biggest meltdowns is still to come. Here’s the timeline.

That same day, “We have no plans to file for bankruptcy”.

Genesis is owned by DCG, as is Grayscale who issues GBTC. Many have pondered the Grayscale Bitcoin Trust discount for some time. Will we ever have our answers?

As promised, here is Max’s theory on the Genesis situation. This is a bit of a doozy.

While the institutions have problems, so do the rest of us. Don’t fall for the compensation scam.

This is quite the dilemma, were we all enablers?

Let’s all get whitelisted!

CZ has been busy telling everyone he’ll save the industry. Supposedly he doesn’t need that Middle East money.

He’s just got billions lying around ready to prop this baby up.

The IOUs are coming and the whole industry is going to owe Binance quite a bit. Does crypto get to the point that it’s considered a monopoly in the near future?

It’s a sad state of affairs.

There is still some money floating around though, the founder of Block One is buying a bank.

This space is getting weirder by the day. Bitboy is trying to rebrand as a saviour of the space. He wants war.

Meanwhile, Vitalik has a bigger problem, his sanity.

There was also an interesting back-and-forth between Vitalik and Paul Graham.

Over in BSV-land, TAAL can now steal your coins.

BitMEX Research can no longer monitor the network. They wished good luck to everyone involved.

In some lighter news, Paul has a Bip300 announcement coming soon!

Paul’s announcement has been years in the making. We are excited to hear what he has in store. We strongly believe it will not end up like the events below.

We round this one off with a reenactment of how many Thanksgiving dinners went yesterday.