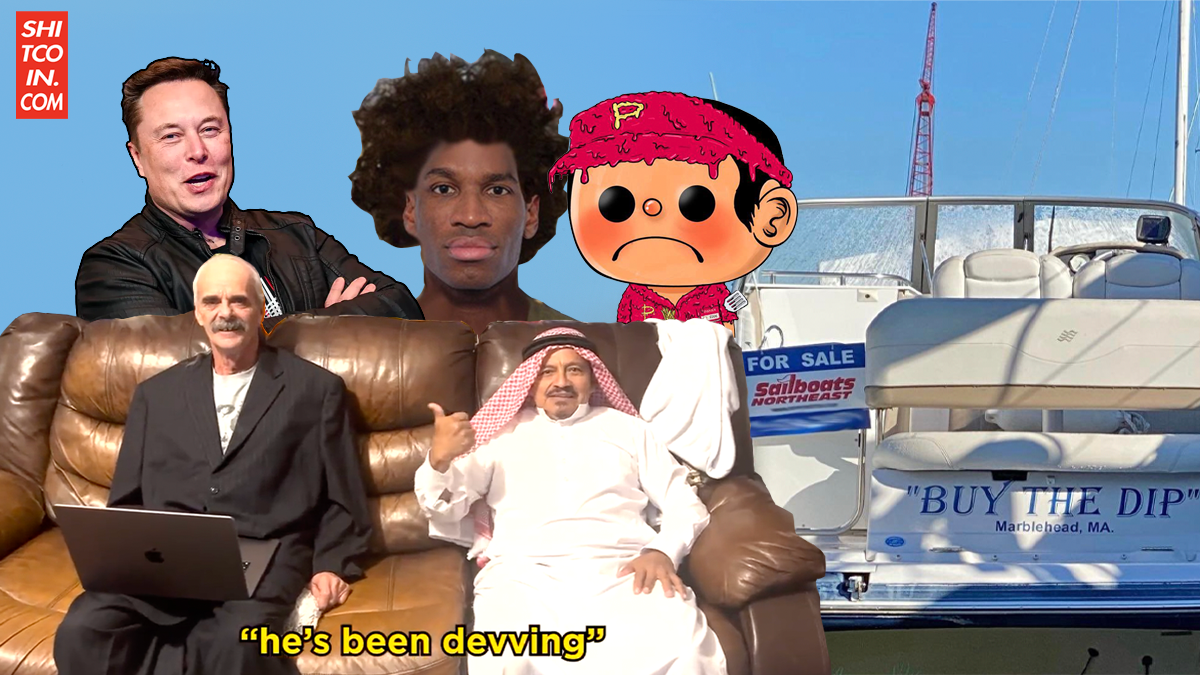 It’s been a week of ups and downs. Crypto Twitter was elated to see the charts doing something! The market pumped enough to make everyone believe they were going to make it all back.

But this is crypto. You are an ape. You did not DCA your way in did you?

Many naively hoped we were on the way back to all-time high, but the market has resumed its crab-like movements. Either this next guy is liquidating some assets for more liquidity or he’s a fallen soldier. Either way, godspeed.

The bags of most are heavy. They may weigh us down for some time yet. Gabriel could be glued to the ground for some time.

How do we save this market? We build revolutionary exchanges with one-directional trading functionality! This guy is the best dev.

In news that may have ramifications for the industry, Twitter has officially been acquired by Elon!

Word on the street is that Binance are in on the deal. CZ is quoted as saying, “We aim to play a role in bringing social media and web3 together in order to broaden the use and adoption of crypto and blockchain technology”. Yawn.

In other industry news, Gainzy started a Twitter spat with friend of Shitcoin.com, Jmo!

The year is 2044. We mere mortals are reduced to exit liquidity. We are happy and in our lane.

One-half of that greatest liquidator of all time is SBF. He took on constructive criticism and now wants you to know that he’s an economic freedom advocate. He will liquidate you though if you play at his casino. All is fair in love and war.

While we’re confident he’ll win the shitposters back, SBF has lost the community for now. We have a new leader.

He can’t even hide in the metaverse now!

To BTC now. Samson paid for his McDonald’s with Lightning. There’s a strong absence of fries on those trays. Maxis are only after protein these days. It’s bulk szn.

Eric Wall likes to call out bullshit when he sees it. Saylor (and his assistant) didn’t like it. Censorship!

Eric appeared on Unchained with Udi to call out Bitcoin maximalism. Skip to around 4 minutes in to get straight to the action.

It could be worse, at least that account isn’t promoting fake USDT giveaway scams.

We haven’t heard from BSV in a while. Maybe having an asset delisted from many centralised exchanges isn’t a good thing. Or maybe it is? Supposedly they don’t need it anyway…

To NFTs! As we approach Halloween it’s important to get the outfit right.

While NFT project founders do a Do Kwon vanishing act, the “community” are left holding the bag. There’s only one sensible action to take at this point. It is time to buy some Pours for the culture.

We don’t know what happened or why it happened, but it’s time to validate our horrible investment decisions.