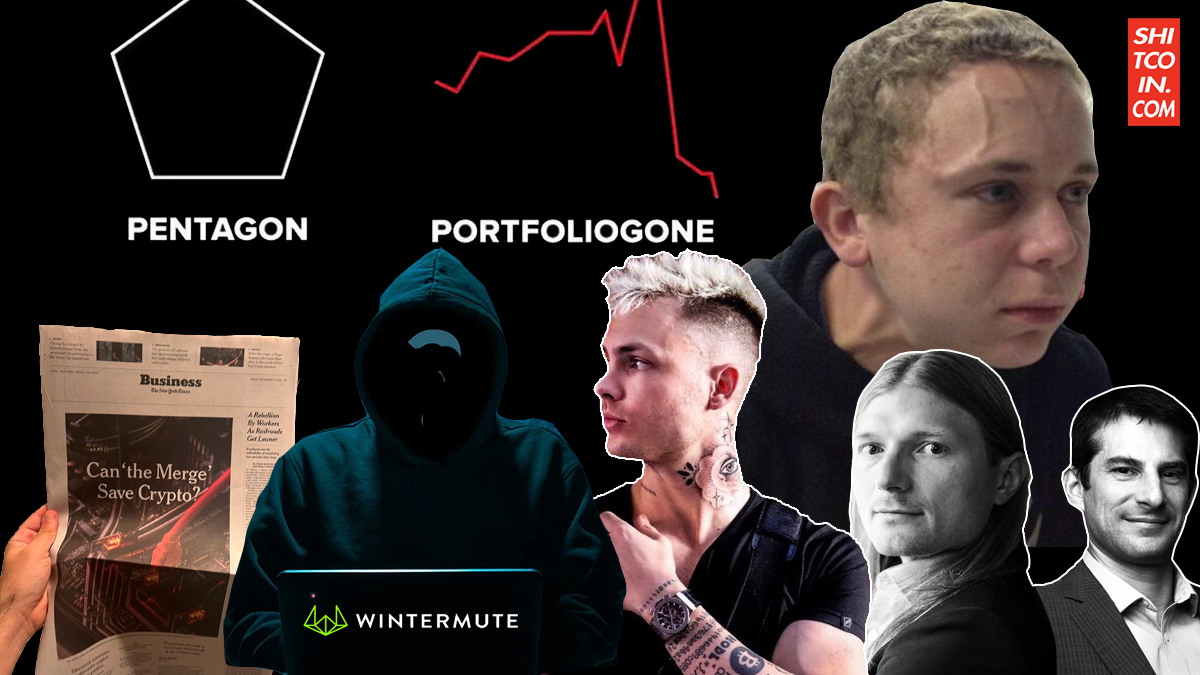 We are all rekt but at least we are learning new shapes!

Barry did his best to turn around the market but even his best attempt to incite counter-trading wouldn’t cut it.

We went into the week thinking that the Merge would save us.

It turned out that it couldn’t.

ETH hasn’t only underperformed against USD but against other crypto assets, it’s taking a beating, going sub-$1300… our bags!

Vitalik is very prophetic it seems.

We thought this was supposed to decrease supply, but nope.

In the aftermath of the Merge, many Bitcoiners began to draw comparisons between creating nodes on BTC and ETH. Sassal here with the spice.

Those that decided to stake their 32 ETH may not be getting it out anytime soon… What the fuck Micah?

And those locked into staking may have to watch this latest narrative from the SEC play out.

It’s all so bearish… but does that mean we long now? Kevin thinks that it might be time to load the bids!

In other huge news this week, Wintermute had $160M stolen from their DeFi operation.

Evgeny, their CEO quickly proposed that funds could be returned and the hacker would be considered whitehat.

But how did this happen? Here’s the breakdown of how a profanity-type exploit screwed them.

Will the hacker come through and return the funds? Time is running out.

The hacker is showing no indication of returning at this stage, they are even setting themselves up to avoid stablecoin blacklisting…

Here’s an interview Evgeny did with Forbes.

On the topic of crypto CEOs, Jesse Powell has announced he is stepping down from his role at Kraken, with David Ripley, the current COO taking the reigns.

To spicy flight news next, was this the real Black Swan event?

As time goes on, the craziness of crypto gets gradually swept under the rug. However, plenty of the community is still digging into previous stories for shits and giggles. Here are some amazing headshots of the 3AC team.

The wool is being pulled over your eyes everywhere in this space. Supposedly Celsius has been in trouble for a while and they were pumping CEL to cover their tracks.

To Do Kwon now. Interpol has issued a “red notice”. Sounds serious.

But Do Kwon is “not on the run”. What’s with all of the quotation marks?

Do is supposedly in Singapore, as is Jihan, who is busy building his version of Fort Knox!

We round this one off with some fun. Moanero, what a name.

And over on ByBit, here’s how you go from hero to zero in less than 60 seconds.

That's all for this week. Follow Andreas on Twitter and stay up to date with us @Shitcoindotcom too. See you next time!